The Ancient Art of Wood Carving

We live in a place filled with billions of trees, and because of its availability, wood are an easy source for material for artisans. For centuries nature doesn’t disappoint us for its countless purposes, from food to housing, even provided with something that makes our imagination run free. Wood Carving and Wood Art are considered as an ancient and contemporary art form. Wood has been used to create functional objects and magnificent sculpture.

Our ancestors built their first home and some of the structures and even the first civilization out of wood. Because of the organic nature of wood, early civilization had managed to artistically explore its many characteristics, despite not having any modern-day tool and types of machinery.

Artists had always been fascinated by the extensive array of wood, and to date, it continues as one of the vital element of architecture. Wood is used almost in infinite ways from building houses and boasts to creating great accents in infrastructure, ornamental items, and even unique artisan art pieces. Some of the great wood pieces from various historical eras are still displayed in museums scattered in a different part of the world. Even in its simplest and most organic form, would never fail to amaze people.

Wood carving is considered as one of the most ancient arts in the entire human history. Experts say it began since the first men of a pre-historical era as a fundamental woodwork method. Wood art designs on the other hand first started during the time when people began building homes and other infrastructures as household items and beautiful decorative designs.

Because of its versatility, wood is a favorite among artisans. Wood as a very light material that can take any very fine detail to shape and it’s easier to work with than stone. As fascinating as it looks, wood art isn’t easy to make, it involves a number of methods and tools on top of a very imaginative mind. Turning raw pieces of wood is a process on its own. Traditional wood carvers use knives, chisel, hammers, and gouges. Then they need to refine it as smooth as possible using sanding, painting techniques that need years to master.

Next time you see any wood art, take time to marvel at its beauty. Appreciate the time the artisans have dedicated to making such intricate design. Check some of our creative and unique wood art here.
Posted by Steve at 7:42 AM No comments:

Things that Set Savannah Apart from other Cities

Established in 1733, Savannah stands as the oldest city in Georgia. As the capital city of Chatham County, this town was one of the key ports in the American Revolution and during the Civil War. Today, Savannah is considered as a tourist epicenter attracting millions of visitors each year. Cobblestone streets lined with great restaurants and shops topped with legendary parks and graveyards are some of the top destinations in Savannah.

What set Savannah apart from other cities are their notable historic buildings. The city even offers specific tours about this architectural marvel as well as the important history behind it all. Some of the historic buildings include Central of Georgia Railway roundhouse complex (the oldest standing antebellum rail facility in the country), the Telfair Academy of Arts and Sciences (one the first public museums in South), and of course the Georgia Historical Society (the oldest operating historical society in the South). 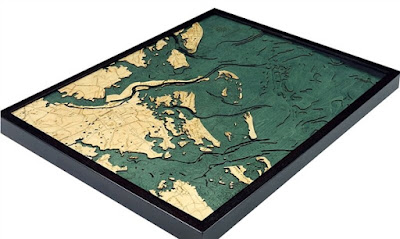 Most tourists prefer having a guide to tour them around this historical city as it can be overwhelming knowing these historical locations. The city offers different tour packages; research is the key to get the best package especially if traveling in groups.

The city is also the birthplace of Juliette Gordon Low, the founder of the Girl Scouts of the USA. It’s mandatory for any first time visitor to go in this unique house museum and learn more about Low’s principle in life and how the Girl Scouts came to be.

Another great tourist spot in Savannah is Forsyth Park. Founded back to the 1840s, it expands up to 30 acres of the pure goodness of grounds; perfect for a Frisbee game, running, or just walking in its beautiful garden. The park has an iconic water fountain built at the center and considered as a grand landmark in Savannah. Built in 1858, the fountain is said to be modeled after the grand fountain in Paris’s Place de la Concorde. It saw some of the most amazing concerts and events during the course of its history being one of the largest parks in the South.

What could be more perfect ending a great Savannah adventure than to admire the view from the River Street? It can be very nostalgic seeing the cobblestone street, yet marvelous to behold the modern shops and restaurants; enjoy a good taste of different culinary delicacy and other interesting finds in this part of town. 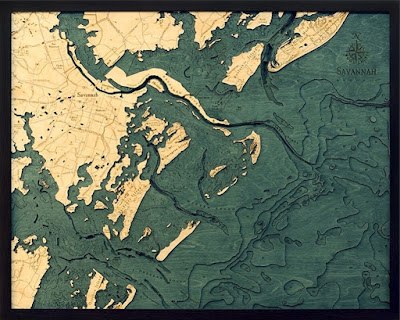 A Visit to the Charming Portland

Ranking as the most populous city in Oregon, Portland houses an estimated 2.4 million people. With that kind of residence, it’s hard for any city to keep them active and entertain for years. Good thing Portland is packed with different things to do from amazing neighborhoods to live in to gastronomy enticing world to explore in. One can just easily devote a week’s time sampling great culinary cuisine or unique breweries without visiting the place twice. Looking for something even more adventurous? Plan a weekend getaway as some of the most amazing sceneries are just in arm’s reach right in Portland’s backyard. But there are places that never ran out of charm to any tourist visiting Portland, here are some of them: 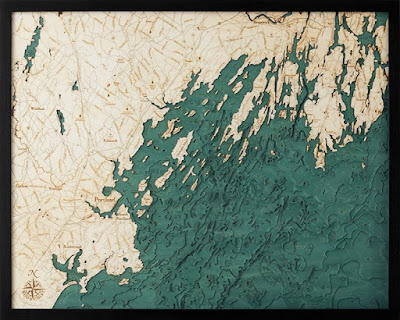 The famous Coin that decided the city’s name

As spectacular Portland can be, its name was simply decided by a coin toss. Asa Lovejoy and Francis Pettygrove, two of the city’s founders couldn’t agree on how to name the land. To settle it in a ‘peaceful’ manner, they decided to flip a coin and whoever won would get to name it after their hometown. Pettrygrove won, and as a native of Portland, Maine he named it as thus. Had Lovejoy won Portland would be called Boston. Tourists can even see the very same copper penny from that famous coin toss at the Oregon Historical Museum located in downtown Portland. Built in 1898, the museum also houses some 85,000 artifacts and a trip to the city’s history is always worthwhile.

The Oregon Museum Of Science And Industry

Started with at least 400 volunteers back in the good old days, The Oregon Museum of Science And Industry opened its doors in 1958. Today, it draws more than a million visitors each year and is incredibly popular for kids and adults alike. The museum had the first ever planetarium in the Northwest and visitors are still amazed in its 20-minute educational show.

Another popular tourist site in Portland is the Pittock Mansion, and its hard not to believe why. Located about 1,000 feet above sea level, it’s a has one of the amazing view of the city as well as a great spot for bird watching. Henry Pittock and his wife built their mansion furnished with 46 rooms, plenty of sitting rooms and expanded about 46 acres of land. The City of Oregon now owned this beautiful mansion and opened it to the public in 1965. Portland expects at least 80,00 people visitors each year to see this breathtaking mansion.

Portland has a lot to offer to every tourist in all walks of life, you canot simply ran out of things to do in this city. 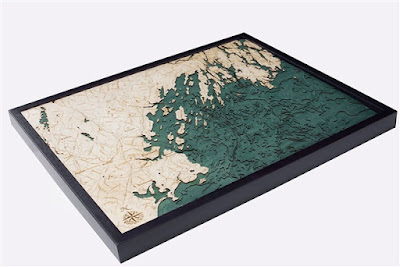 Stretching for 200 miles along the North Carolina’s coast, Outer Banks is a claimed major tourist’s destination known worldwide. Covering most of the state’s coastline it separates Albemarle Sound, Pamlico Sound, and Currituck Sound from the Atlantic Ocean. Beaches in Outer Banks are out of this world, it draws hundreds of thousands of people each year and the tourism industry are in indeed in full bloom no matter what season it is.

From the pristine white beaches to a number of shipwrecks hiding in the treacherous seas, there are tons of things to do in Outer Banks and one can never go bored while exploring this amazing place. Named as the Graveyard of the Atlantic, Outer Banks hides some of the well-known ships that sailed the world. Tourists often stop at the Graveyard of the Atlantic Museum in Hatteras Village just miles off the United States Coast Guard facility. 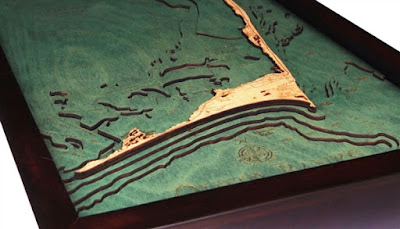 One can also thank the Wright brothers to the discovery of Outer Banks. Their first flight using the very first airplane prototype took place at the Kill Devil Hills near Kitty Hawk on December 19, 1903. To commemorate one of the most monumental endeavors in the human race, Outer Banks founded the Wright Brothers National Monument alongside with the First Flight Airport.

While most people like to go on a relaxing vacation, contemplating along the shores and just listening to the waves, there are those who seek adrenaline pumping activities. There a number of secluded and quiet beaches in Outer Banks but it takes time to find the perfect spot for horseback riding, hang gliding and other fun water activities – Outer Banks will not fall short of expectations.

Most travelers who enjoy flying can only thank Wright Brothers for the ‘shortened’ travel time. Back in the days, if one would want to see the other side of the continent they literally need to cross the ocean. But with the invention of the Wright Brothers during the 1900s, the first successful human flight was recorded in Kill Devil Hills in Outer Banks. Visiting the Wright Brothers National Memorial is one way to give thanks to these brave men. You can never miss this place as they built a 60-foot monument that resembles an airplane tail gives you a big hint.

Stretching for 100 miles, Outer Banks beaches are not only breathtaking but are known to be family friendly and uber clean. The beach rests along the barrier islands that lined the eastern coast of North Carolina. Each beach has its own distinct vibe that is sure to delight any kind of travelers, from couples seeking the refuge of the busy life, adrenaline junkies who love adventures, to families with little kids in tow, Outer Banks Beaches has it all. As Memorial Day and Labor Day can get really hectic, all Outer Banks beaches have designated well-trained lifeguards on duty to ensure safety for everyone.

Roanoke Island Festival Park is another place worth seeing, especially if you have kids and want to teach them a lesson about history and life before technology came in. This park takes you back in time during the 1500s where your family can interact with actors in costume. They have a docu-drama an Elizabeth II ship replica. It’s a very informative tour that lets your whole family learn about American history and early civilization. 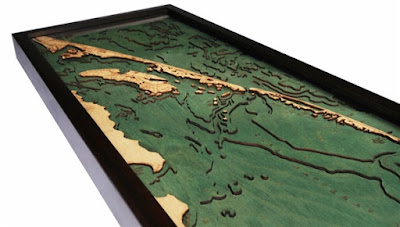