Off the Beaten Path destination in London

There is a lot to see and things to do in London, but if you are a traveller looking for a different way to see things around, here are some of the unique tours around the city.

Even if guided tours don’t stoke your fire, then make an exception for this one. This is the most off the beaten path when it comes to touring London. The Londonian charity put up the ‘Unseen Tours’ to help homeless people, and it’s just pure genius. These folks know the unexplored hidden alleyways in London, and you cannot be closer in the usual Londoners life than this. It’s like hitting two birds with one stone; you are learning more of London while helping change the life of your tour guides. There is a different stretch of these tours, one unique than the other.

Marvel at the Biggest Hindu Temple – out of India that is

This may come to a surprise for some, as London houses the Biggest Hindu Temple located outside of India. The BAPS Shri Swaminarayan Mandir was built using traditional materials and method. Also the first traditional stone temple in Europe, the sight was spectacular indeed. Marvel at its very finely carved Italian marbles and Bulgarian limestone. The best time to tour the temple’s ground is during a religious rite and you’ll be surprised how the colors brightly contrast the white temple. The easiest route going to the temple is through the underground Jubilee line for Neasden near Wembley Stadium. Then walk about half an hour from central London and you’ll be there.

Calling out all Harry Potter heads and visit Davenports Magic

London is known worldwide because of the Harry Potter films and what would be nicer than to visit a magic school to start your tour in the city. Founded in 1898, its right under the Charing Cross station and well hidden along the busy streets of the city, which adds mystery of the place. They also offer magic workshops and learning a magic trick or two would be really nice to show your friends back home. It’s even hailed as ‘The Real Hogwarts and Home to London Wizards’.

Yup, read that right, London has its very own Little Venice, a salute to the famous Italian city. Enjoy a leisure walk in the morning or late afternoon as the place is quite enjoyable. Home to many pubs, restaurants, and waterside cafes, it does come alive during the hot summer days. Watch Londoners as they board their canal boats and jog along its shores. Top it off with a bit of sightseeing in Regent’s Park or Camden.

Not really an off the beaten path, Thames Path is home to many hidden gems inside the city of London. The 40-mile long trail comprises of many serene spots waiting to be discovered. Many tourists opt to hire a bike, which for them serves the purpose really well, as they can stop and enjoy a fresh air any moment they like. The path serves as home several public beaches, the village of Rotherhithe and The Prospect of Whitby, one of Charles Dickens’ favorite pubs.

Dennis Severs' House is one of the city’s peculiar tourist attractions. Tourists can step inside the artist’s former home that seems to be left untouched since the 18th century. Known as the most original immersive experiences, the house still has an unkempt bed, untouched food, and house left to dust. A trip to this house is not an ordinary walk inside a museum.

A trip inside London’s Container City and Smallest Museum

Here is a certified not touristy spot and considered a best-kept secret in London, the Docklands area. Over the past few years, it’s becoming a hip and trendy spot for millennials and a must see in London. The Trinity Buoy Wharf is a hidden gem for the artistic and creative minds. It’s also home to the real container city, the smallest museum and the only lighthouse in London. The place is far from the usual glitz and glamour of London’s busy street lights, which makes it a great spot for anyone who really wants to get in touch with their inner creative self.

See the amazing view of the London City – for free

Anything that free is really worth a try, especially in a place like London. You don’t need to get in line and buy yourself that expensive London Eye ticket to get a view of the city. There’s a hidden alternative that offers the same great view and its free! One of the few hidden places to see the entire London city is up to the One New Change shopping mall terrace. The view is so amazing it's even worthy of those postcard-perfect photos.

When in London – sip a cup of Tea

What a better way to cap your trip in London City than to sip an afternoon tea on top of a classic double-decker bus. Londoners do love their tea, they're famous for it. Although it’s very common to sip tea anywhere in the city, drinking a cuppa on top of a Londonian double-decker bus isn’t. Sip a very relaxing drink while the bus drives around Buckingham Palace and other famous tourist spots in London. It’s something very unusual even for locals’ standards. The tour includes selections of cupcakes, sandwiches, and more sweet pastry to pair with your tea. What a lovely trip it would be. 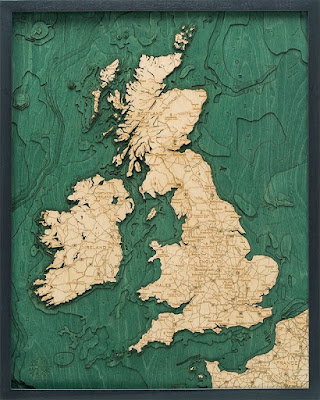